The Galapagos tortoise is one of the most fascinating creatures to continue walking the Earth.  As such, it is hugely protected!  As its name suggests, it resides in the Galapagos Islands – and while there are thought to be 15 different types of tortoise in its lineage, only 11 of them remain.  If you’re interested in learning more about this threatened species, make sure to read up on these interesting facts about the Galapagos Tortoise below to get yourself better acquainted. 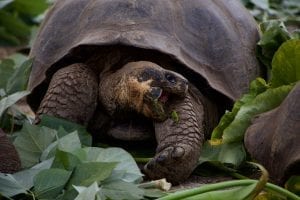 Do you know any interesting or fun facts about Galapagos tortoises?  Share them here in the comments section below!