Blind people come in all shapes and sizes. Most of them walk through society unnoticed. Others live such remarkable lives that they leave an indelible mark on history, compelling others to ask questions about what it means to be blind. Here are a few interesting facts about blindness… 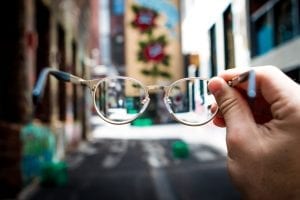 A person that was born blind doesn’t know what black looks like. As such, they can’t tell you what they see.

Do you know any interesting facts about blindness you’d like to share here?  Let us know in the comments section below!

12 Facts about Weight Loss That Work