If you’ve ever been to London before, it’s likely you’ve seen The Shard!  Even if you don’t know what goes on inside, you’ll spot it on the skyline for miles around.

Here’s a stack of interesting and fun facts about The Shard, one of the tallest buildings in Europe.

View from The Shard 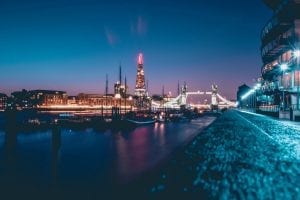 Why is the Shard called the Shard?

The architect of the Shard, Renzo Piano, designed the building to appear as a splinter of glass, emerging from the Thames. This was met with much negativity from English Heritage who said the building would be like 'a shard of glass through the heart of historic London', giving birth to the building’s name, The Shard.

Is the Eiffel tower higher than the Shard?

How much did the shard cost?

Building the Shard wasn’t cheap at a cool £435 million – and that’s just the basic construction!

Do you know any fun or interesting facts about The Shard?  Share them with us in the comments section below!